Is avocado healthy for cats and dogs? Avocado has established itself as a staple delectable food in peoples’ everyday diets. Many meals are made healthier by using it. Numerous beneficial nutrients and healthy lipids for the body? So, is avocado beneficial for dogs and cats?

The avocado, which is native to Central Mexico but can be farmed in both tropical and Mediterranean climates because to its high levels of potassium, fiber, and the so-called “good” fat, An one avocado tree is capable of producing more than 500 avocados in a single calendar year.

An avocado that dates back to 10,000 B.C. that was unearthed in a cave in Coxcatlan, Puebla, Mexico, was given the name “fecundity fruit” by the Aztec people. It is obvious that people enjoyed eating this fruit long before it became a standard item at summer barbecues and Super Bowl parties.

It’s interesting to learn that an avocado has a potassium content that’s 60 percent more than that of a banana, and that in certain regions of the globe, it’s also known as an alligator pear and butter fruit.

Is Avocado Toxic to Dogs and Cats? 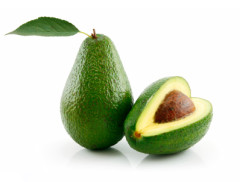 It is true that this much: It is believed that the most harmful component of the avocado plant is a chemical known as persin, which is oil-soluble and may be found in most portions of the plant. The leaves of the avocado tree have the highest concentration of persin, although it may also be found in the fleshy section of the fruit (the part that can be eaten), the seed of the fruit, the bark, and other parts of the plant. Ingestion of persin may cause harm to the heart as well as the mammary glands. Animals that consume the leaves of an avocado tree are more likely to get intoxicated than humans who do so. There are also several species of pet birds that are under grave danger.

But does persin pose a threat to the health of our dogs and cats?

According to Brutlag’s explanation, “in most situations, it is not anticipated for dogs and cats who consume modest quantities of fruit to be poisoned.” Because of its size, an avocado seed may easily get lodged in the esophagus, stomach, or intestinal system of a dog if it is accidentally consumed by the animal. This poses the greater threat of a foreign body blockage, which can be fatal. It is possible for dogs or cats to get pancreatitis, which is a painful inflammation of the pancreas, as a result of the excessive fat content.

Since avocado is considered to be somewhat safe for our dogs and cats to consume, the best course of action is to restrict their consumption of the fruit itself to very limited portions at a time. This may protect your pet from choking on anything by mistake as well as the need for an unforeseen emergency operation to remove the pit the size of a golf ball from their body.

Avocados, on the other hand, should never be given to birds kept as pets.

Canaries, parakeets (budgerigars), and cockatiels, among other species of birds, are said to be more vulnerable to the harmful effects of persin, according to Brutlag. It has been shown that parakeets get restless and pluck their feathers after consuming as little as one gram of fruit.

Avocados should never be given to birds as treats by their owners.

Additional signs and symptoms of persin toxicosis in birds include the inability to perch, respiratory distress, congestion, fluid buildup around the bird’s heart and lungs, and failure of the liver and kidneys.

Your bird may be able to receive treatment for avocado poisoning if caught in time; however, due to a bird’s accelerated metabolic rate and distinct anatomy (including air sacs), many birds do not survive after being exposed to avocado or other dangerous poisons, even if treatment is administered in time.

Concerns about Poisons and Pets

When it comes to feeding our dogs table scraps and items that are often saved for human dinner plates, the majority of doctors would advise that we take the perspective that “it’s better to be safe than sorry.”

If you have any worries about the fruits, veggies, or other things that you may consider feeding your pet, you should be sure to discuss them first with your veterinarian so that you can prevent any unintentional poisoning or gastrointestinal disorders. Numerous foods have been identified as having the potential to be harmful to the health of our pets.

With the knowledge wtonlinepetsupplies.com provided in the article’s upper section, hopefully you can determine for yourself whether avocados are healthy for both cats and dogs. I wish you had intelligent and cute dogs!

What Vegetables and Fruits Can I Give My French Bulldog?

How Long Do Tabby Cats Live?

The ideal diet for diabetic cats

Ways to Improve Your Bulldog’s Odor